Dr. Mike Lockett taught in Normal, Illinois for 21 years. Students from schools where he taught, along with children, adults and seniors from local libraries, churches and organizations came to think of him as the Normal Storyteller. After receiving his Doctorate in Curriculum, Lockett followed his teaching experiences by serving as a school administrator in Peoria, Illinois for twelve years. It was a NORMAL experience for Dr. Lockett to share stories when he visited classrooms or met with teachers and administrators where they called him "The Normal Storyteller."

Dr. Lockett has taken his storytelling and educational messages to over 4000 audiences in schools, libraries, education conferences, festivals and churches. Mike is a teller of traditional tales in a non-traditional manner. He often adds vocal effects and dialects to his audience participation stories. He has been a performing artist in 31 states and 17countries including 22 tours of Taiwan and 14 in China. In 2016, he was a featured storyteller at the 18th Tehran International Festival in Iran.. The laughter from audiences and repeat call-backs serve as evidence that Lockett’s programs are popular. Mike always reminds everyone that his programs are always clean and high interest. They are planned on each group’s needs and are not "canned" one-size-fits-all programs. 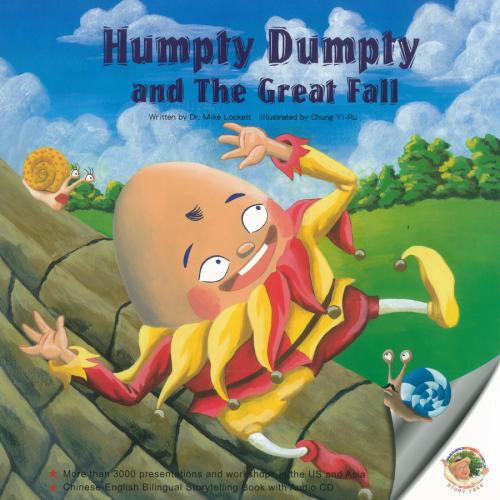 Mike released The Basics of Storytelling, in 2008. Since then, he has become the author of twelve children’s bilingual children’s picture books. ?He is currently writing for three publishing companies in China and Taiwan.  If the publishing schedule goes as planned, Dr. Lockett will have released over twenty books for young readers.  His first four books were based on Mother Goose. The titles are Teddy Bear, The Cat and the Mouse, Mary Had a Little Lamb, and Hickory Dickory Dock (2009). Lockett released The Magic Eyes of Little Crab and Monkey and Rabbit Together in 2012, Sky Food and Why Spiders Have Big Bottoms in 2012 and Humpty Dumpty and the Great Fall in 2013. His books are currently in English and Chinese.  Four titles are also available in English/Spanish. The Hungry Wolf, The Turtle Who Talked Too Much and The Goats in the Garden and The Giant Pumpkin will be released in January, 2019.  Dr. Lockett has five audio CDs and one storytelling DVD. He is the winner of over 25 awards for his books and storytelling products, including honors recognition from the 2014 World Storytelling Awards.

View a sample story on www.mikelockett.com. Then bring "The Normal Storyteller" to your school, library, storytelling festival, church or other organization. Phone (309) 310-2299 or write Mike at mike@mikelockett.com to discuss booking Dr. Lockett for your program.