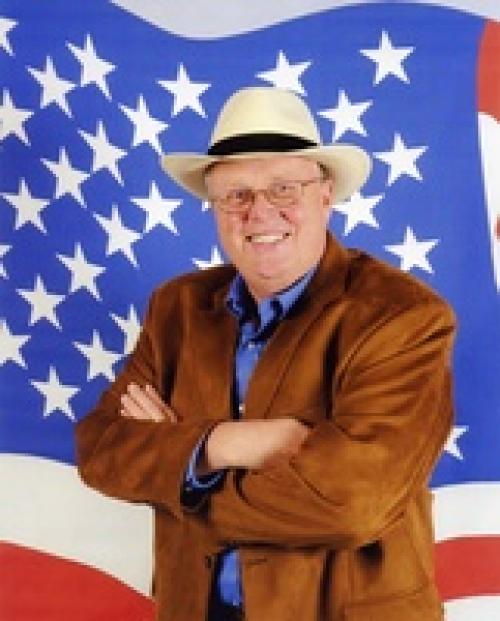 Dr. Michael Lockett is a teller of traditional tales in a non-traditional manner. Mike is a lifelong storyteller and had added writing children's books to his bio .  Lockett has been telling stories for 40 plus years in his positions as a storyteller, teacher, principal, central office administrator and educational consultant.  Because he lives in the small town of Normal, Illinois, he enjoys being called "The Normal Storyteller."  But, there is little that is NORMAL about Mike.  He brings high energy and creative uses of audio sound effects to his family friendly stories. He gives many programs in Asia where he is affectionately known as "Miko Yeh Yeh" - which means "Grandpa Mike.

Mike has given more than 4000 presentations and workshops in 31 states across the United States and as far away as eastern Asia.  He has performed in seventeen countries.  He is the author of The Basics of Storytelling (Taiwan, 2008).  Lockett hopes to soon release a revised version of the book for the American market.  He released a DVD of children's stories in Taiwan in August, 2008.  An American version of the DVD, "Tales of Delight," was released in June, 2009 and received the 2009 DVD of the Year Award from Creative Child Magazine.  Dr. Lockett has produced 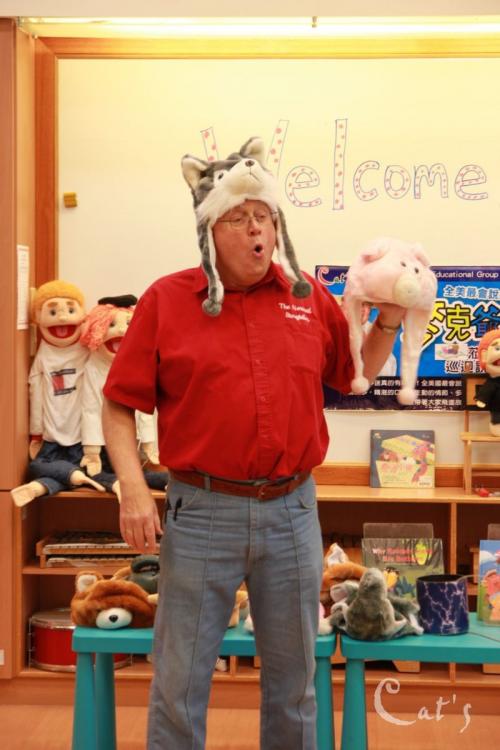 5 audio CDs of stories and music.  The most recent audio CD is Christmas from the Heart.  (2012).  Dr. Lockett has received a total of twenty-five awards for his books and audio storytelling products.  His Christmas album was recognized with a Storytelling World Award in 2014.  He is among the one of the top 1% most endorsed storytellers on @LinkedIn in United States for his storytelling abilities.

Dr. Lockett has published nine children's bilingual picture books (Chinese and English).  The first four books were released by Brilliant International Group to the Asia market during Dr. Lockett's tour of South Korea, Taiwan, Shanghai and Hong Kong in July/August, 2009.  The titles were The Cat and the Mouse, Hickory Dickory Dock, Mary Had a Little Lamb, and Teddy Bear.  B.I.G. released Monkey and Rabbit and The Magic Eyes of Little Crab in January, 2010 during Dr. Lockett's sixth tour of eastern Asia.  All of Lockett's books have been rated as "Family Approved" by the Dove Foundation.  The books are available for purchase on this site.  American book stores can go to Small Press United to order the books.   Why Spiders Have Big Bottoms and Sky Food were released in November, 2012 by Santa Publishing in Taiwan.  The newest book is Humpty Dumpty and the Great Fall, also by Santa Publishing.  It was released in November, 2013.  Four more books, The Hungry Wolf, The Turtle Who Could Not Stop Talking, The Goats in the Garden, and The Giant Pumpkin are 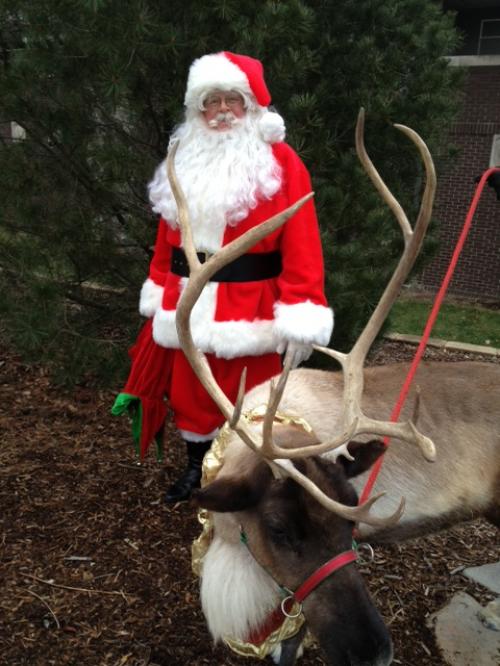 scheduled for release during winter, 2016.  Dr. Lockett has written a fourteenth book with 20 stories for young children for Korean publisher JY Books.  The release date has not been determined.  Four of Dr. Lockett's books were printed in an English/Spanish format in 2016.  (The Cat and the Mouse, Hickory Dickory Dock, Mary Had a Little Lamb and Humpty Dumpty and the Great Fall).

Mike Lockett is a regular presenter at schools, libraries, churches, festivals and conferences. He has served multiple times as a storyteller and keynote speaker at the Illinois Young Author's Conference. He gives frequent reading and writing talks and assemblies at public and parochial schools.

Mike's stories have played on a variety of radio programs:

The following list shows notable organizations for whom Dr. Lockett has given presentations.  His work has included 22 tours of Taiwan and 14 of China.:

Dr. Michael Lockett taught elementary school, middle school and high school students.  He worked with all levels of students from the low achievers through the gifted and talented.  He served more than a dozen years as a central office administrator (Director of Title I and Summer Programs) and as a middle school/high school principal.  Dr. Lockett received the Ilinois  "Those Who Excel Award for School Administrators" in 2002.  He has taught undergraduate  and graduate classes 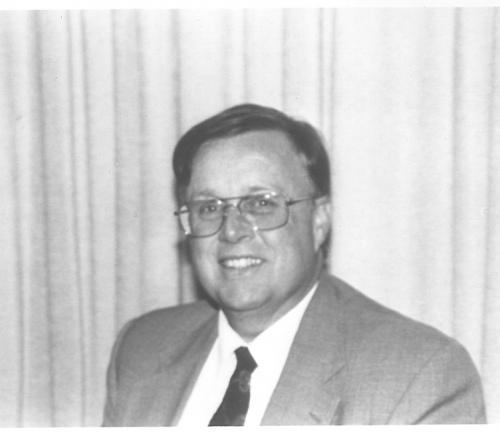 at Bradley University, Aurora University, and Western Illinois University.  He has served multiple school districts, regional offices of education and the Illinois State Board of Education as an educational consultant.  He served as a reading council officer for over 25 years working with the MID-State Reading Council, the Illinois Reading Council and served on committees for the International Reading Association. 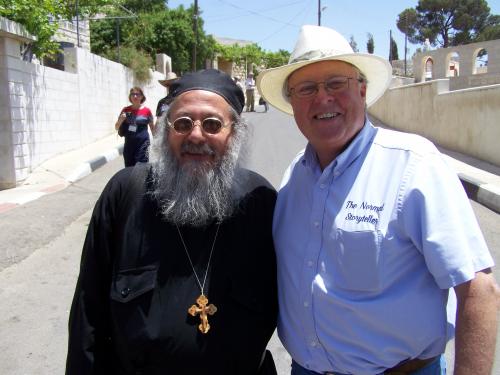 DVD.  Mike released his first Christmas album in 2012.  He is currently working on an album of religious stories, Tales of Faith.

Lockett returned to Taiwan in 2008 and worked with Caves Educational Training Company LTD to publish The Basics of Storytelling, a "how to" book for Taiwanese teachers to use to learn to tell stories.  The book is in Chinese.  During the trip, Lockett recorded a DVD for children - "Grandpa Mike's Stories."  The album has 12 international folktales - all told in English and each with Chinese subtitles.  The Asian version of the DVD was released in 2008.  The American version ("Tales of Delight") was released in July, 2009. 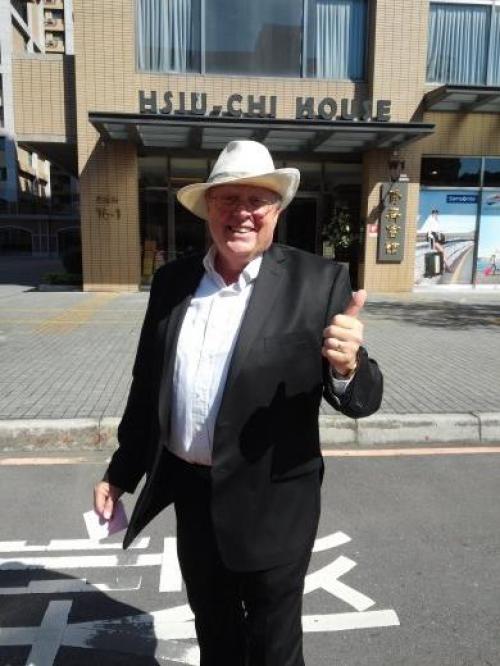 Visitors to this site can learn more about Dr. Lockett's books by going to the Publications area on this website or to Dr. Lockett's Products page.
Dr. Lockett is currently working with Studio Classroom Magazine in Taiwan to publish one story a month that the staff turns into lessons for learning English.  He has been contributing stories since October, 2016.

Lockett worked with Saddleback Publishing and B.K. Norton to record the audio tracks for Unique Science and Technology in 2013.

Between 2011 and 2013, Mike and his wife, Becky wrote a series of 35 stories based on holidays around the world.  The articles were in "Little DaVinci Magazine", published by Chang Tang Publishers in Taiwan.  The stories can be seen in the January through December issues of the magazine.  The stories were written in a dialog format to help Taiwanese readers in their efforts to learn English as a foreign language.  Recordings of the stories are available on Chang Tang's on-line version of their magazine.

Mike recorded music and stories for 12 Mother Goose Books for Scholastic Singapore in 2014.

Mike created the music for and recorded the music and stories for two books for Scholastic in South Korea in 2016.

Lockett's professional resume is available upon request.  Write to mike@mikelockett.com