First Impressions of an American on the Streets of

First Impressions on an American on the Streets of Taipei

We saw little changes, like going from noisy American airports, to quieter Asian airports.  We left a country filled with the smells of burgers and fries to aromas of rice and a light smell of fish.  Something also happened to the age of the people we met as we traveled.  Either they kept getting younger - or the people simply didn't age, as the Asian people we met did not seem to wear the wrinkles of aging on their faces as do many of the people we call friends at home.  But, these were little things that did not stand out until we got home and reflected on our week-long journey.

We left the airport in Taipei and started our drive towards the city - still nothing unusual.  There were familiar looking cars on the highway, the same green highway signs - though theirs had English and Chinese characters on them, and there were toll booths - just like at home.  No big first impressions - Then we hit the city limits.  Within seconds, a buzzing sound could be heard on my right.  Then another on the left.  Zoom, roar, and gone.  Then both sides at once.  Something was happening, and we didn't know what. 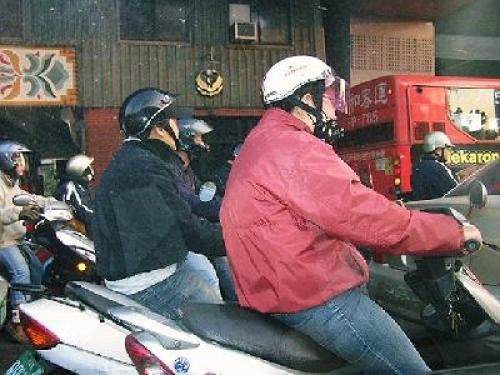 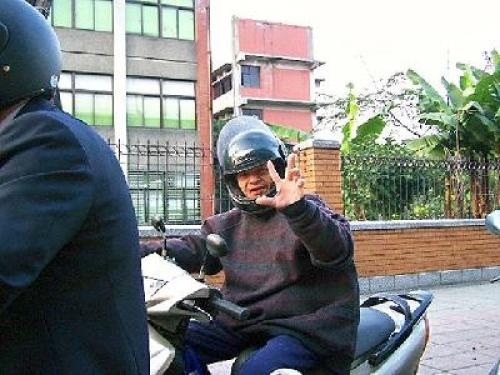 It seemed like our car was being attacked by buzzing bees.  But the bees came in multi-colors and were the size of people's heads.  Coming to a stop at a red light - we saw our attackers.  There was a moving hoard of smiling faces - all attached to heads and bodies sitting atop motor scooters, more motor scooters than I had ever seen in one place in my life. 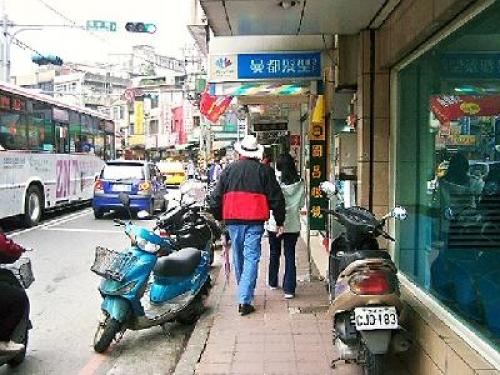 Dr. Mike Lockett, The Normal Storyteller, on the streets of Taipei, Taiwan

Taiwan is a small country with a large population - a people on the move.  Yet, unlike America where most of us travel everywhere in our own cars, these people respond to the need to reduce the number and size of vehicles on the road to make the traffic flow better and the need to preserve the environment by riding scooters, instead of gas guzzling cars.  In addition to the scooters, we saw hundreds of people riding bicycles and still more using mass transit, including buses and subways.  The sidewalks were lined with parked bikes, including many stacked two layers high on double-decker parking ramps. 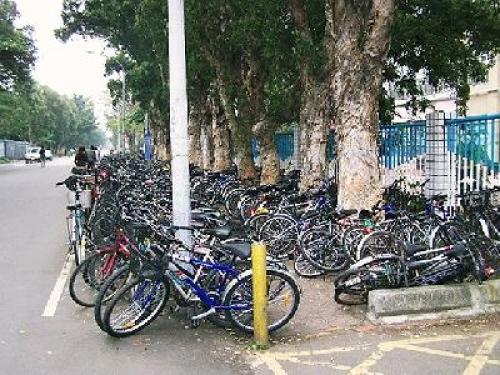 Hurrying, bustling, people were everywhere - but always with smiles on their faces, many listening to western style music or classical music on radios, I-Pods, or CD players as they went about their business.  Yet, less than a block off the busiest intersection, one could find the tranquility of quiet gardens, sweethearts holding hands, ducks swimming on ponds and more. 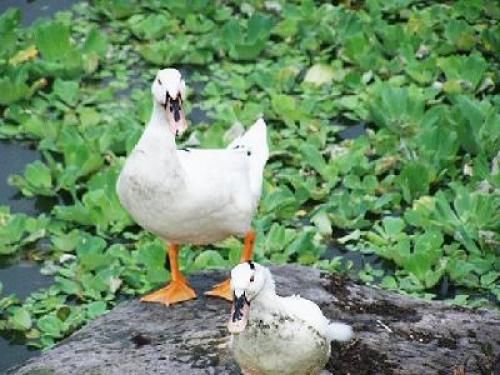 Between the streets and these islands of privacy, one could find street vendors selling everything you wanted and a few things that some tourist might be hesitant to try at first (like squid on a stick or blackened eggs) - all run by happy people trying to manage honest businesses. 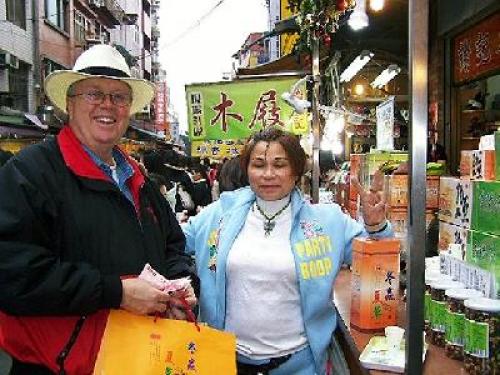 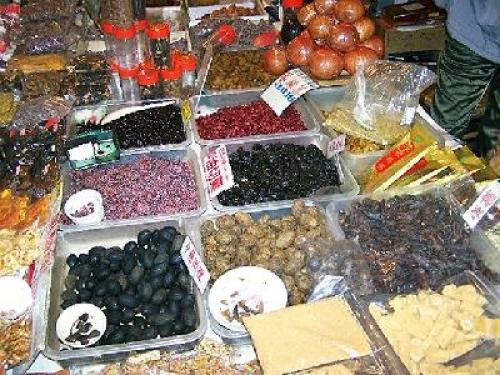 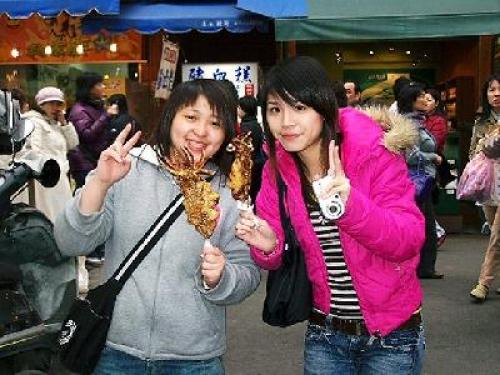 None of these things stood out as a first impression - but they all served to make a lasting impression.  This impression is of a modern city named Taipei, filled with a people who come from one of the oldest cultures in the world.  These are a happy people, an inquisitive people, and a people who are eager to learn the language and ways of other cultures, especially of Americans in the west.  We saw happy families and parents doting on their children and a community of people who looked healthy and vibrant. 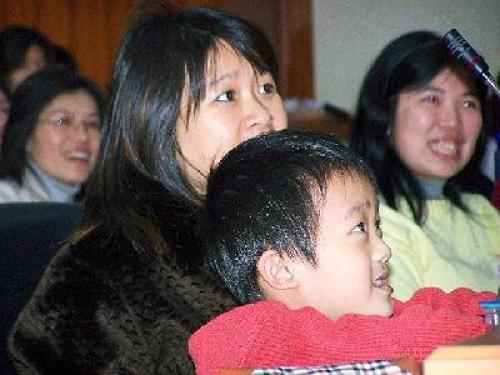 I traveled with my wife to Taiwan to tell stories and to teach about storytelling at several universities in Taiwan, at the Taipei American School and at the Taipei Book Fair. 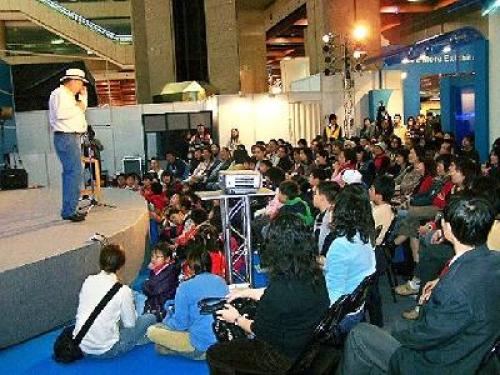 As I shared folktales and stories in the schools at lectures and at public performances, new friends taught me about the history and culture of Taiwan. 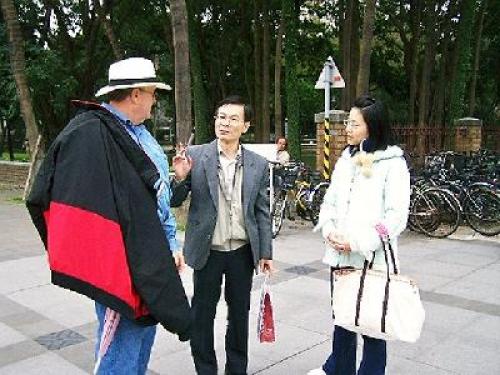 We shared discussions about gardening, art, literature and other common interests.  But, I believe I learned far more than I taught or shared.  AND - one of the biggest things that I learned was that I want to go back again and learn more about the people and culture of Taiwan. 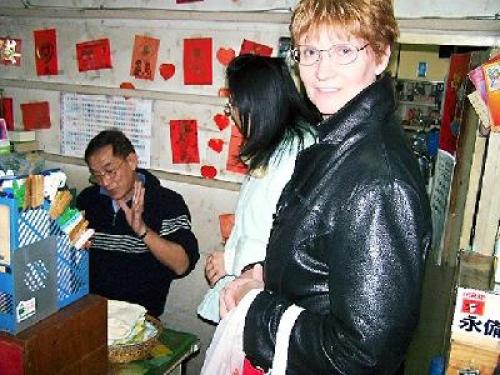 Fond of watercolor and egg artistry, Becky Lockett has her own signature seal carved to sign her art work.

Meanwhile. as I ponder the short amount of time I was able to spend on this wonderful storytelling/lecture tour of Taiwan - I need to publicly thank Jerome Su (seen above with Jessie Tsai) for his efforts to bring me to Taiwan.  Jerome (Cheng C. Su) was one of the founders of Bookman's Company in Taiwan and still is the Chairman of the Board at Bookman's.  Jerome Su worked with Samuel Liu at Bookman's and Alan Zhou at  with East & West Publishing Company to promote a lecture tour in the Taiwanese Universities and with the Taipei Book Fair Foundation to fund bringing "The Normal Storyteller" to a new group of listeners at Asia's largest book fair in Taipei, Taiwan. 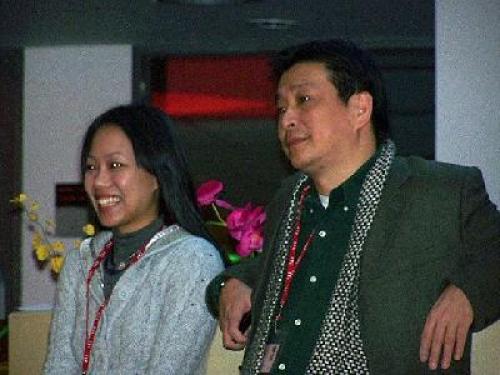 The radio announcer on station I.R.C.T. (International Radio Community, Taiwan) asked me about my first impressions of Taiwan and what I liked the best.  My answer at that time was the friendliness of the people and the great Taiwanese food.  Now that I have had time to reflect, I think the people outweigh the food.  Both were fantastic and make me want to go back.  But, the smiles and enthusiasm of the audiences are hard to equal anywhere.  Thank you, Taiwan, for making a great first impression on this "Normal Storyteller" 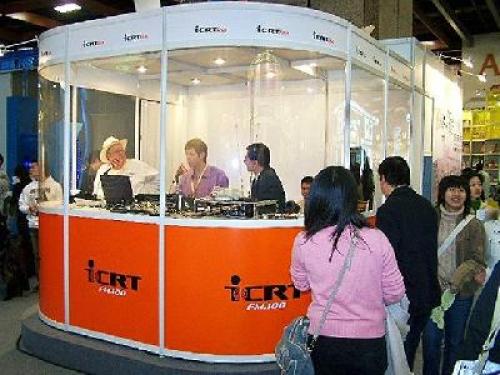 The memory of this first trip to Taiwan will be a "life long memory."  Albums by "The Normal Storyteller" already have stories on them from many countries.  It is a certainty that future albums will include stories from Taiwan! 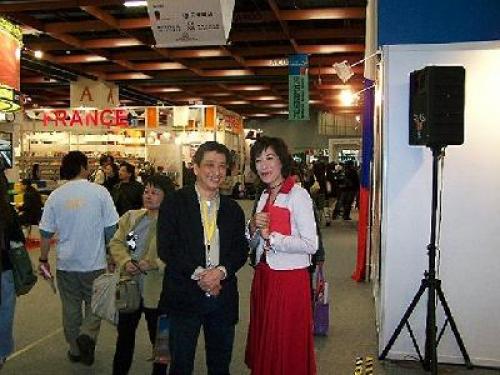 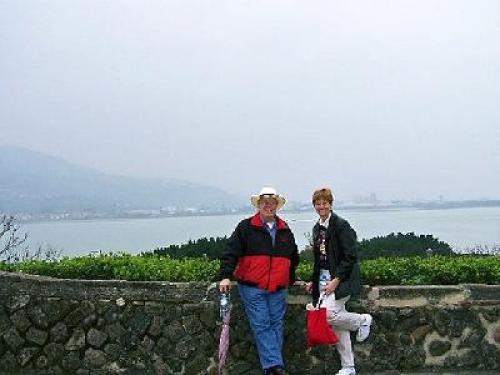