Two Goats on the Bridge 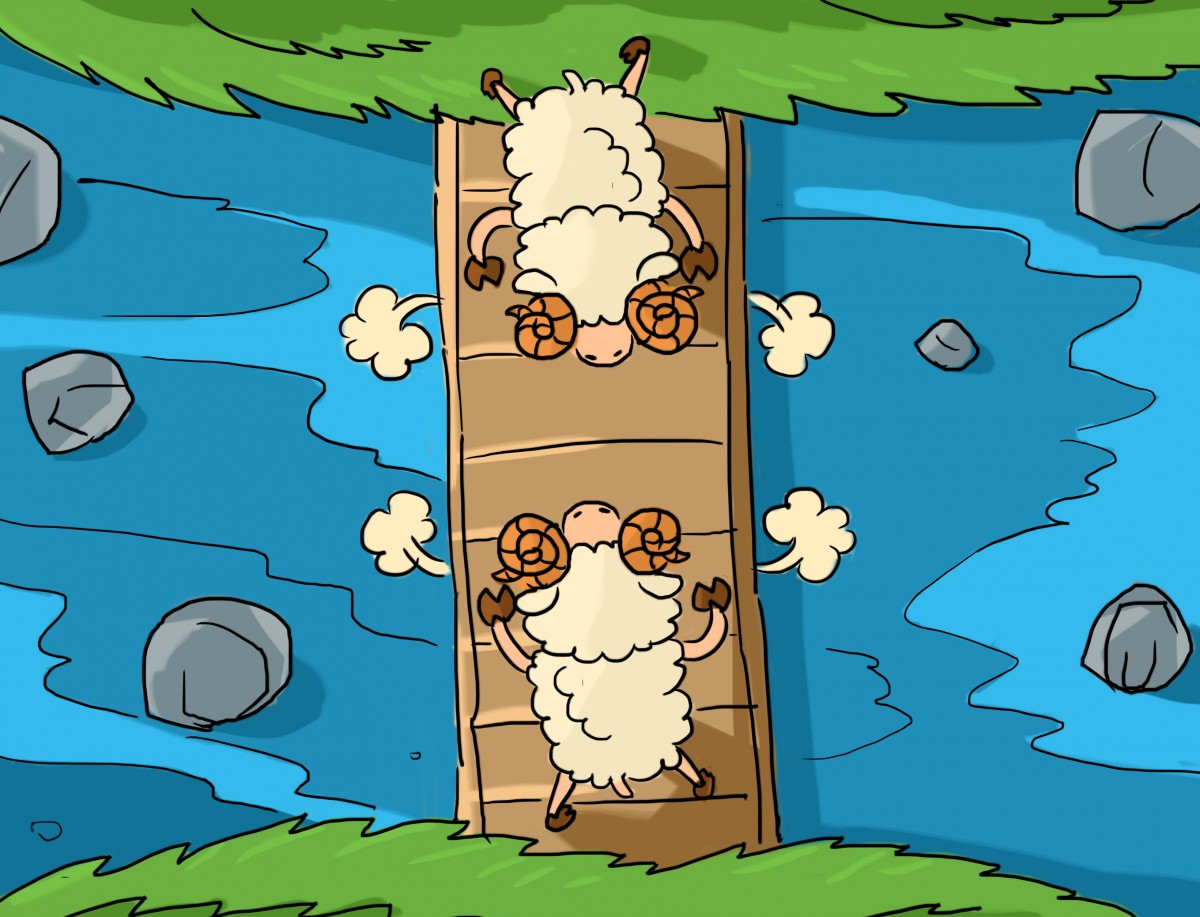 One goat from the east and one from the west...

Both were determined to know who was best!

"Back up," said the goat from the east.  "I am crossing this bridge."

Neither goat could go forward.  Both refused to go backward.  First, they puffed themselves up to look bigger.  Next, each tried to out shout the other.  Then they bent their heads forward and aimed their horns at the other.  They locked horns and pushed and pushed.  They pushed each other off the bridge and into the waters below.

Was a lesson learned by either?  I fear it was NOT that day.

They both shook off the water and went upon their way.

As the goats both walked away, they both could be heard to say, "If he had not been so stubborn, we both could have eaten today!"