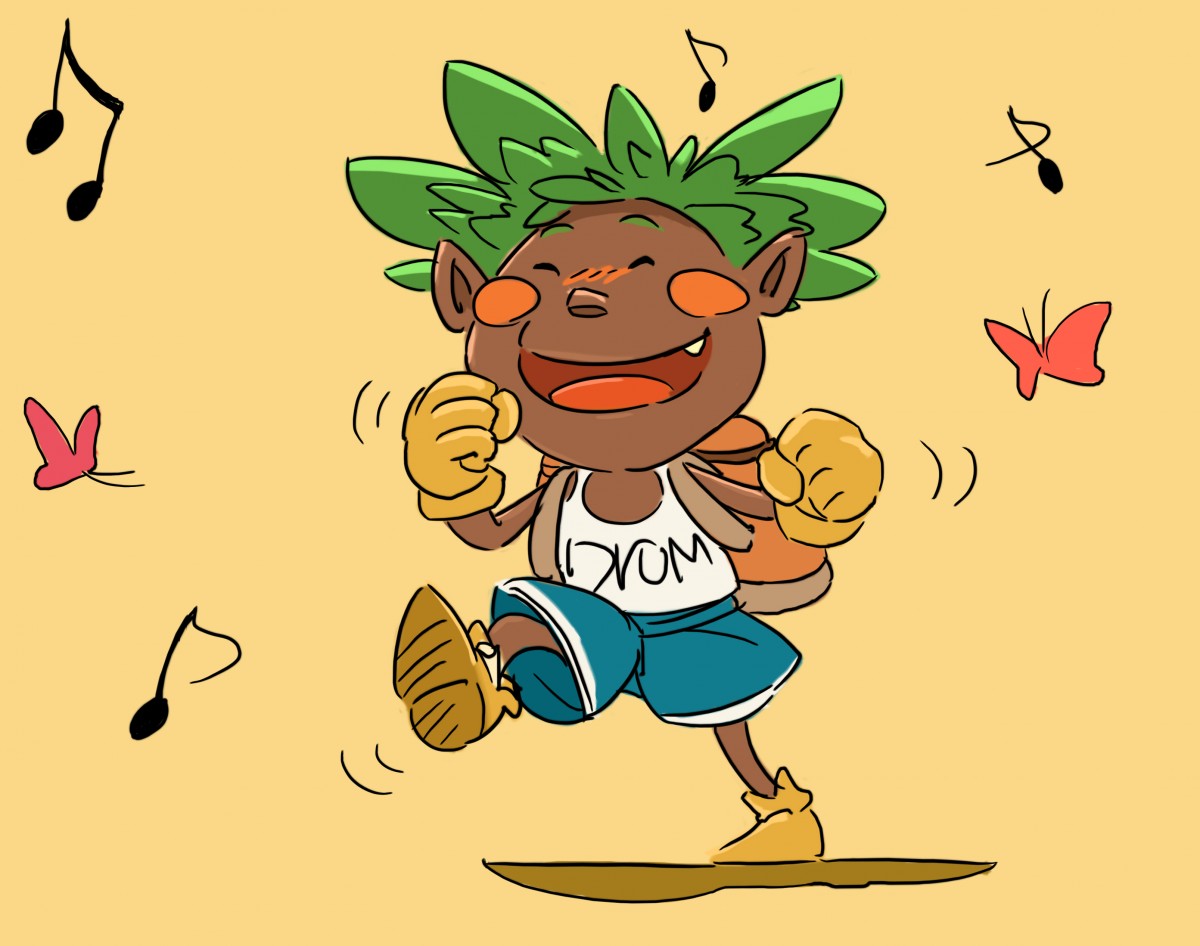 Have you ever heard someone sing or whistle while they worked?  That person must be a happy person.  Maybe, just maybe... that person saw Aiken-Drum when they were a child.  For Aiken-Drum can only be seen by happy people who like to work, usually only when they are young.

Along time ago the men and women in a small town in Scotland had much too much work to do.  They were always tired.  It seemed that they were always grumpy.  They never had time to play with their children.

The farmer said, "I will never be able to get all of my grain cut and threshed before the snow comes.  My grain will rot in the fields.  I won't have enough money to pay my bills.  I really wish I had help on my farm!"

The dairy man said, "I have too many cows to milk.  By the time I put out fresh hay for them to eat and do my other work, it's time to milk the cows again.  I wish I had help taking care of my animals."

The baker said, "I get up earlier and earlier every day to make bread, cakes, pies and cookies for everyone in the village.  But every day, I run out in the afternoon.  At the end of the day, I have to send customers away sad that I can't bake enough for everyone.  I really wish that I had help in my bakery!"

A mother said, I get up early every day and stay up late every night trying to care for my children, to keep my house clean, wash all the clothes, fix the meals and to do all my other work.  I never have time to play with my children any more.  I wish I had someone to help me get my work done!"

It seemed that they all were a little tired and unhappy and that they didn't like their jobs.

As everyone was talking, they heard singing in the distance.

They looked down the lane, but they did not see anyone.  Remember, when people are unhappy or if they don't like their work, they can never see Aiken-Drum.

They looked and looked, but they still did not see anyone?  They heard a thump, thump, thump - like someone playing a spoon or a ladle on a hand drum.

Suddenly, one little very happy girl, who loved to help her mother with her chores shouted, "Look, look!  I see a funny little man coming down the street."

The men and the women looked at the little girl and frowned.  They couldn't see anything, so they knew she couldn't either!

But, a little boy who always happily helped his father with the yard work said, "I see him too.  He's only as big as we are.  It's a grown man.  Yet he's the size of a child."

"He's asking if anyone has work they need done," said one little boy.  "I like to work.  It's fun.  When I help do the work, there is always more time for everyone to play.  He keeps singing, 'Have you any work for Aiken-Drum?'"

"I don't see him, said another little boy who never helped out with jobs at home.  What does he look like?"

Each of the good little children described him in the exact same way, so everyone knew that they were telling the truth.  "He is short and thin.  He looks quite strong.  His eyes are very big and round, and they are very black.  He has a big smile on his face."

Then an old grandmother came walking down the street.  She had heard the singing too, but she had not been able to move as fast as the others who left their houses and came to hear the singing.

"The little person is a Brownie," the old woman said.  My mother told me about Brownies when I was a child.  Brownies are little people, who love to work.  Be good to this Brownie, and he will help all of you get your work done.  Also, everyone needs to help out.  Then there will be enough time for everyone to relax and to play."

This was how the Brownie called Aiken-Drum came to live in that small town.  Every day in the evening, the old grandmother put out some bread and some milk for the Brownie.  Every morning the bread and milk was gone.  Only the children saw the Brownie.  But, they all saw the work that was getting done.

The farmer somehow knew that the Brownie was helping him.  He whistled happily as he cut and threshed his grain.  He worked long and hard, but was happy the entire time.  He got all the grain into the barn and would be able to sell it and pay his bills for the entire year.

The baker's rolls seemed to rise higher.  His cakes didn't seem to fall like they did when he stomped around his kitchen in a bad mood.  He was much happier and baked so many goods that he had enough to sell everyone who wanted baked goods and enough to give to the poor who needed food.  He was certain that help from the Brownie was why his work was getting done.

The mother laughed because she thought the Brownie was helping her.  She acted so happy that all of her children also helped her.  The beds got made faster.  Dinner was on the table on time.  Dishes were done by everyone, and there was time enough for mother to play with her children.

Well, Aiken-Drum did work.  He did a little bit of work for everyone in town.  But most of the people got more work done simply because they acted happier and sang and hummed as they worked.  Happy workers always get more done.  Aiken-Drum encouraged all the children to become good workers and help their parents.  He always had time to play with them when their work was done.

Then, one day the mayor of the town said to his wife, "Aiken-Drum has been very good to everyone in town.  Maybe we should do something good for him."

"You are right, husband," she told him.  Then she made a little green cap that would fit a man the size of the children.  They all said he was the same size as they were.  She also made him a small brown coat to wear.  She asked the grandmother to put them out with the bread and milk that she put out every night.

"Brownies work for the love of working," said the old woman.  "You must never pay a Brownie.  If you try to pay a Brownie for his work, he may feel silly and leave.

"We must try to something nice for the Brownie since he has been so nice to us," said the Mayor and his wife.  "Besides, everyone in our town is so happy and is getting so much done that we have less work for the Brownie to do."  So, the grandmother laid out the small green cap and the brown coat next to the bread and milk that night.

Aiken-Drum found the little brown coat and the small green cap and knew they were made for him.

"What a beautiful and warm coat and lovely cap," said Aiken-Drum to himself.  He knew they were for him.  But now I must leave and find another place where I am needed.  I can't stay here any longer."

He left the small town and walked down the road singing his song, "Have you any work for Aiken-Drum, Aiken-Drum, for Aiken Drum?"

The adults who had never seen Aiken-Drum in the first place thought he was still there helping them.  They worked happily every day with whistling, singing and humming.  Since they were happy, it always seemed like there work got done faster and easier than on days when they acted grumpy and sad.

The children realized that Aiken-Drum had left them, but they continued to happily help around their houses.  They wanted to have the work done so their parents would have time to play with them.

Some children still put out bread and milk for Aiken-Drum and other Brownies that wander around the land.  When the milk and bread are gone, their parents tell them that a cat or dog must have eaten it.  But, the children know better and always are on the look out for Aiken-Drum.

Note:  The folk tale and song of Aiken-Drum goes back to about 1715 where the story and song could both be heard in Scotland.  For those who would like to play or sing the tune and continue to oral tradition of adding music to story telling, the music is printed below.  Thanks to the Mudcat Cafe for printing this copyright free folk music and making it available for everyone on their website at http://www.mudcat.org/threads.cfm.

If you wish to hear an audible version of this story and song, please come back to Dr. Lockett's website after February, 2008.  This song and story will appear on a new album he will be recording for CAVES educational company in Taiwan.  The album will also be available on this website.  Visit www.mikelockett.com and check out recordings by The Normal Storyteller.