A Little Drop of Honey 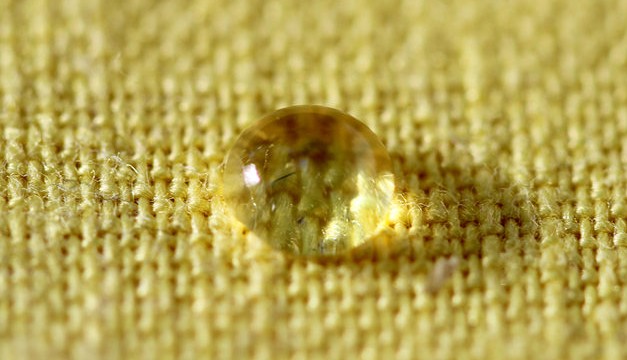 A king and his minister were standing on the palace walls looking down on the busy market place on a warm and sunny afternoon.  The king was eating a rice cake with honey on it as the two talked about matters of the kingdom.  As they talked, a little drop of honey fell from the rice cake and onto the window ledge below them

The minister began to walk away from the king.  "Where are you going?" asked the king.

"I am going to get a servant to clean up the honey," answered the minister.

"Don't bother," said the king.  "It is not our problem, not a problem at all."  As the king talked, the honey trickled down the window ledge and onto the street below.  The king and his minister watched as a number of flies began to land on the honey.

"Your majesty," said the minister, "Perhaps we should do something about the honey before there is a problem."

The king said, "It's not our problem, not a problem at all."  No sooner had the king said that, when a lizard came out of the bushes and started shooting out its long tongue at the flies.  Shoppers watched as a cat and jumped onto the back of the lizard.

"Your majesty," said the minister. "Perhaps we should do something about this."

"Don't worry," said the king.  "It's not our problem, not a problem at all."  As soon as these words came out of the king's mouth, a barking dog began to snap at the cat, trying to bite it.

The minister looked down at the fight between the cat and the dog. "Your majesty, perhaps we should do something about the situation."

The owner of the cat saw the dog going after her precious cat and began hitting the dog with a broom.

The owner of the dog picked up a stick and began to chase after the owner of the cat.  The king appeared to be amused at the sight.  His minister again asked, "Your majesty, please! Shouldn't we do something about this?"

"Don't worry," said the king again. "It's not our problem, not a problem at all."

Now, people in the market place began to leave their stalls to see what the yelling and noise was about.  Some saw the cat being attacked by the dog and began to hit the dog's owner.  Others saw the dog being attacked by cat's owner and joined in the fight.  Fights broke out in the street.  Soon there was a riot.

The police showed up to stop the fight.  They used clubs and started hitting everyone.  The people fought back, not remembering why they had been fighting each other.  Soon the army had to be called in.  The king and his advisor watched with their mouths open as everyone in the city was fighting except for the two of them. The city street was a wreck, and houses on both sides were burning.

The minister looked at the king, and the king said, "Maybe a little drop of honey WAS our problem after all."