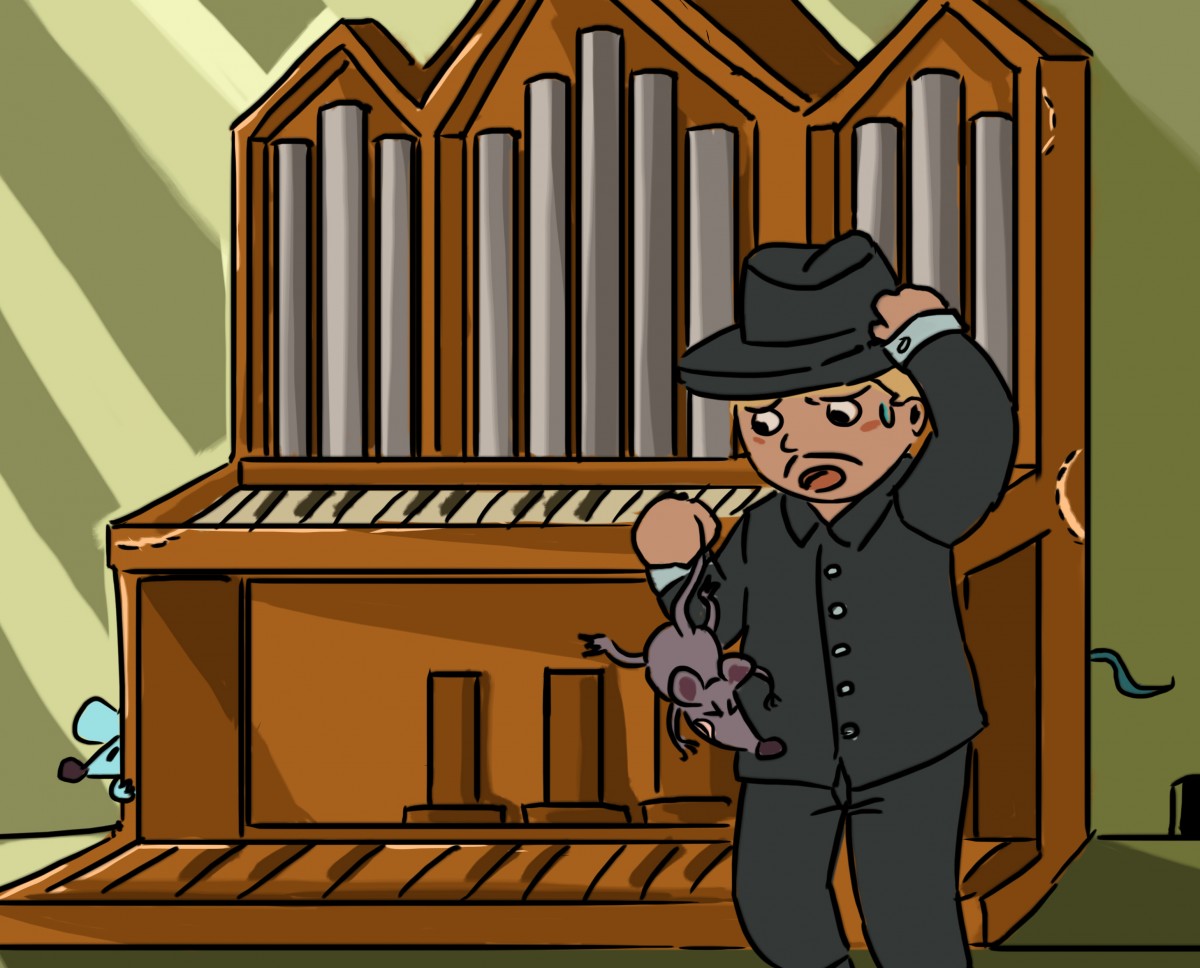 It was Christmas Eve in 1818 in the Austrian Alps. In the newly built Church of St. Nicholas in the village of Oberndorf, Austria.   Father Joseph Mohr, the village priest prepared for the midnight mass. He became upset when he discovered that the church organ was broken.  Music from the organ was always an important part of the church service.  That organ had to be fixed right away.

Father Mohr called on the church organist, Franz Gruber, to repair the organ. Gruber was a local school teacher who served God by playing the church organ on Sundays and for special occasions.  Gruber pumped on the foot pedal trying to hear the problem.  Instead of music he heard wheezing.  No air was pumping through the organ's pipes to make music.  Gruber looked closely and found that the leather bellows had been chewed up by mice. It would not be possible to get the bellows replaced in time for the service.

Stories say that Father Mohr left the church distraught and walked to visit the home where a new child had just been born to the parish. The calm of the night, the beauty of a new born child and the story of the Christ child born so many years before must have calmed the priest.  As he walked back to the church words formed in his mind.  Father Mohr wrote a poem,

“Silent Night, Holy Night, All is Calm, All is bright.”

He gave these words to Franz Gruber with instructions to find some way to put them to music. That night for the first time the song we know as "Silent Night" was sung.

The song was loved by all and became the talk of the community.  The story of the near disastrous Christmas Eve service was told to the organ repair man, Karl Mauracher, when he finally came in the spring to replace the bellows on the church organ. Following the repairs, Gruber sat down to test the organ.  He played and sang Silent Night.   The repairman asked for a copy of the song and soon shared it throughout Austria.  The song was shared again when he returned to his home in Germany.  Among others to hear the song, the children of a glove maker took to singing the song along with other tunes to bring customers at fairs and festivals for the family business. By 1838, written versions of the song were being published all over Europe. By 1863, during the middle of the Civil War, Silent Night was published in American Hymnals and sung in American churches.  Who could believe that hungry church mice could bring about the creation of one of the most famous Christmas songs of all time?

All is calm, All is bright

Round yon Virgin, Mother and Child

Holy Infant so Tender and mild,

Shepherds quake at the sight!

Christ the Savior is born!

Christ the Savior is born!

Radiant beams from Thy holy face,

With the dawn of redeeming grace,

Jesus Lord at thy birth,

Jesus Lord at thy birth.