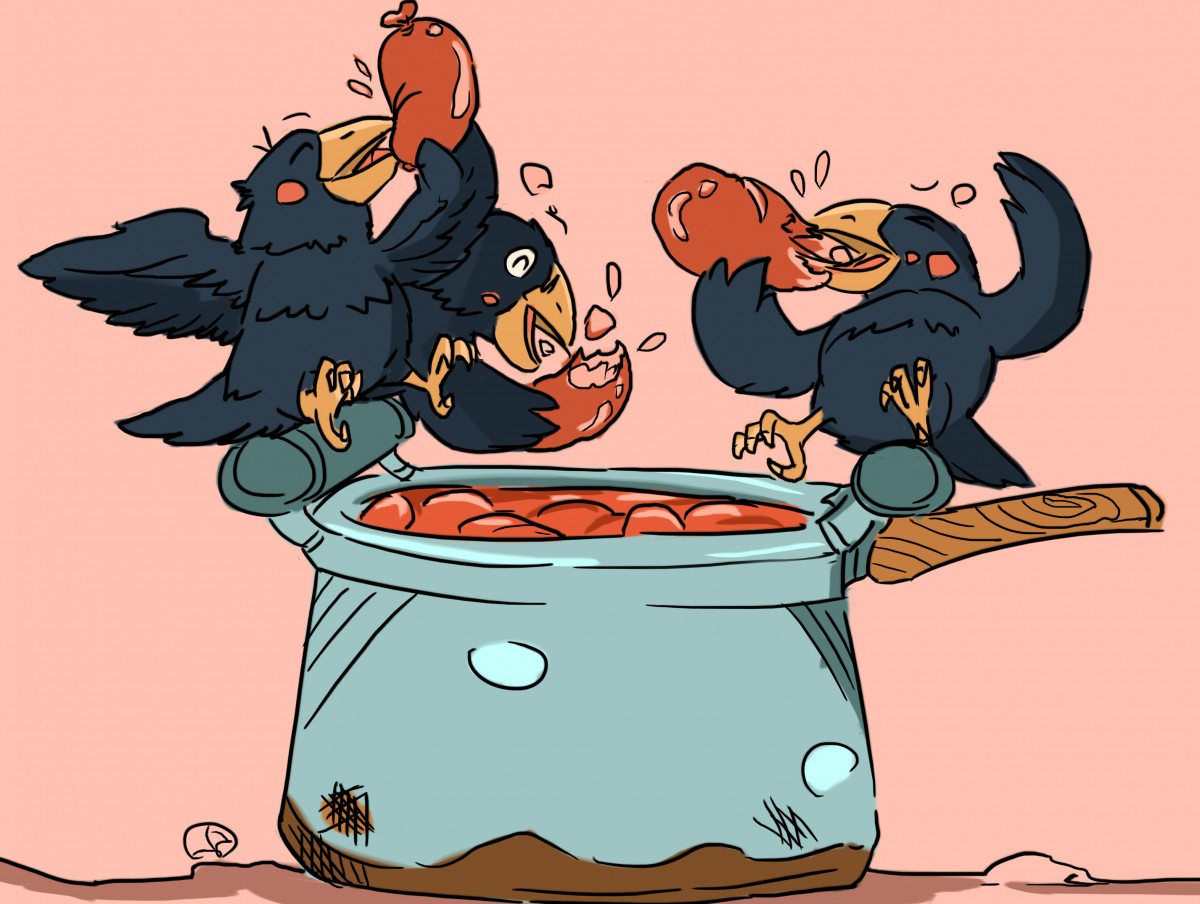 Several crows were sitting in a tree.  Most were sitting quietly.  But, three old crows cawed and cawed.  They were trying to out brag each other, telling about everything they could do.  The rest of the crows knew most of what the three said was not true.  But, they kept their mouths shut and politely remained quiet.

While the three crows talked, they looked across the farmyard.  They looked at the farmhouse and saw an open window.  They watched with interest as they saw the farmer's wife finish cooking up a pan of bologna.  She set it on the window ledge to cool.

Most crows avoid people.  But the three were anxious to show how brave they were.  All three left the safety of their tree and flew up to the house.  They sat on the handle of the pan and stuffed themselves silly.  They ate every bit of the bologna.

As they were eating, one of the crows bragged about what a good flyer he was.  He said he was so good that he could fly at top speed all the way around the far end of the field and back without stopping.  By now, the other crows were tired of the bragging.  They urged the crow to prove his words.

The crow took off at top speed.  Before he got half way, he dropped to the ground.  He died of a heart attack.

"I am in much better shape," said the second crow.  Then he flew off the handle of the pan at top speed.  He made it around the barn across the field.  Then, he collapsed and died half way back.

The third crow was really bragging by then.  "I am the best there is," he cawed.  He took off at top speed.  He left the handle of the pan and flew around the barn.  He made it to the end of the field.  He made it all the way back.  But, as he flew to sit in the tree with the other crows, he began huffing and puffing.  Then, he also dropped dead.

The rest of the crows shook their heads.  They all knew it was not a good idea to fly off the handle if you are full of bologna.

"Flying off the handle" is an American idiom that means "impulsively acting in an irresponsible manner."