Ow and Ouch - a Chinese folktale 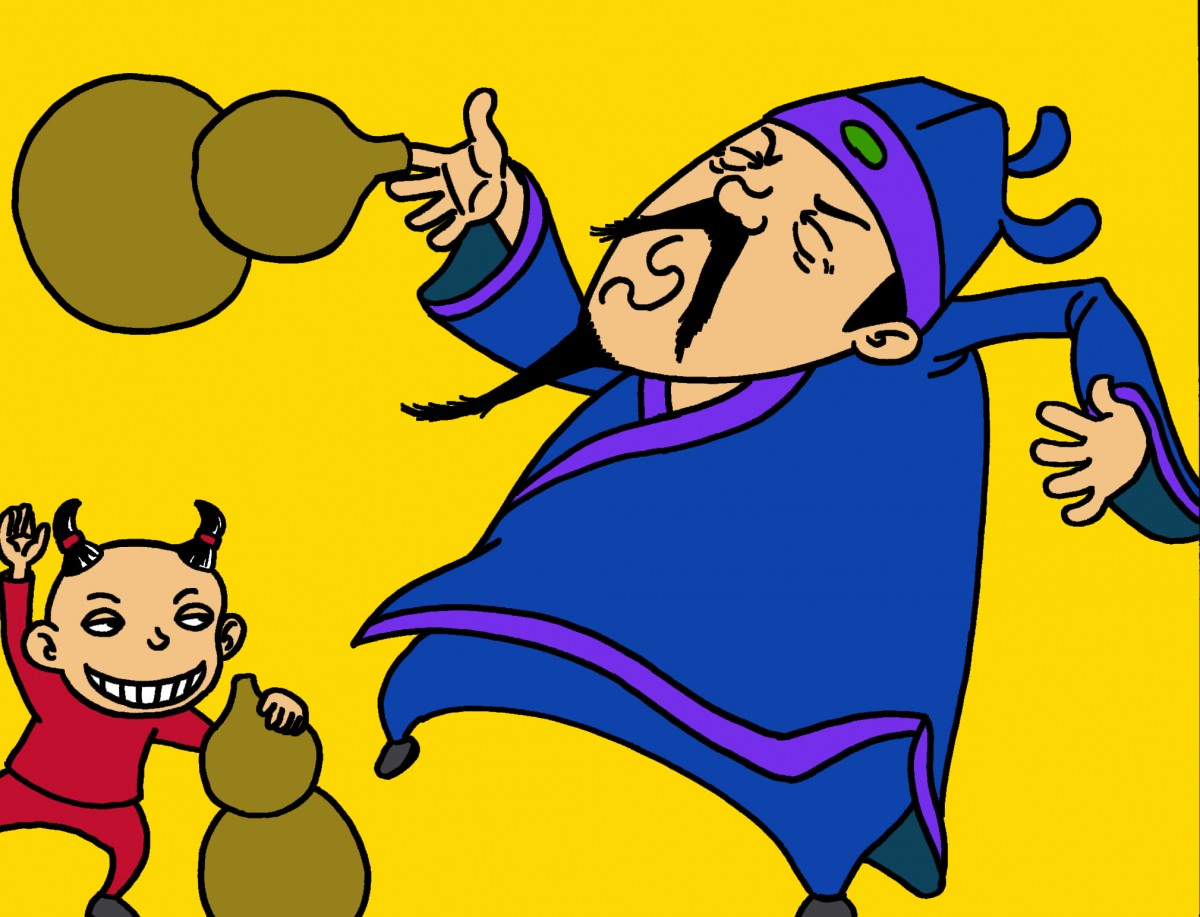 A young land owner in China once found a very special bird in his garden.  Every time the bird would snap its beak, pieces of gold would fall out of it.  When the man observed this, he set a trap and caught it and put it into a special cage inside his house.

He used the gold to buy more and more land and to hire servants to work for him.  He became very wealthy.  It happens that some wealthy men learn to live wisely and use their money for good.  It also happens that wealth makes some men greedy and makes them want more.  Such was the case with this man.

The more he had, the more he wanted.  He even looked for ways to cheat his servants out of their hard earned wages.  When their wages were due he told them to go to the market and bring him back some ow and ouch!  "If you come back without them, I will give you 100 strokes of my cane instead of your wages."

No one knew what ow and ouch were, so they stayed home and did not go to the market.  Because they did not follow orders, the rich man did not pay them.  They grew poorer while he grew richer.

Finally a very clever boy came to work for the rich miser.  When the wages were due the master told him "Go to the market before I pay you, and and bring me back some ow and ouch!  "If you come back without them, I will give you 100 strokes of my cane instead of your wages."

"If I bring you back what you ask," the boy questioned, "Will you pay me my wages and give me your magic bird?"

"I will be glad to," the rich man said.  He knew the boy could not bring him back something that was not for sale in any market.  When the boy returned, he would punish him and stop all his servants from ever asking for their wages!

The boy ran all the way to town.  There he bought two gourds.  He hollowed them both out and put a bee into one and a wasp into the other.  Then he hurried back to his master.

"Master, I have brought you Ow and Ouch," said the boy as he held out the two gourds.  All the servants stood watching.

"All I see are two common garden gourds," said the rich man.  "Are you ready to receive your punishment for failing to give me what I asked you to bring me?"

"Put your finger inside and see if you still question what I brought you," said the boy.

The rich man frowned.  He stuck a fat finger inside one of the gourds.  He was just about ready to pull it out and grab his cane when, "OW," he shouted, and pulled his finger out and looked at it.

All the servants smiled.  They knew the boy had given the master what he had asked for.  The master gave boy and all the servants their wages.  He also gave the boy the magic bird.

The rich man had learned his lesson.  He had enough money to live well for the rest of his life, and he learned to use his money wisely to do good for himself and for others.

What happened to the boy and the special bird?  No one thought to ask where they went to, and now no one can tell.