The Pot that Would Not Walk 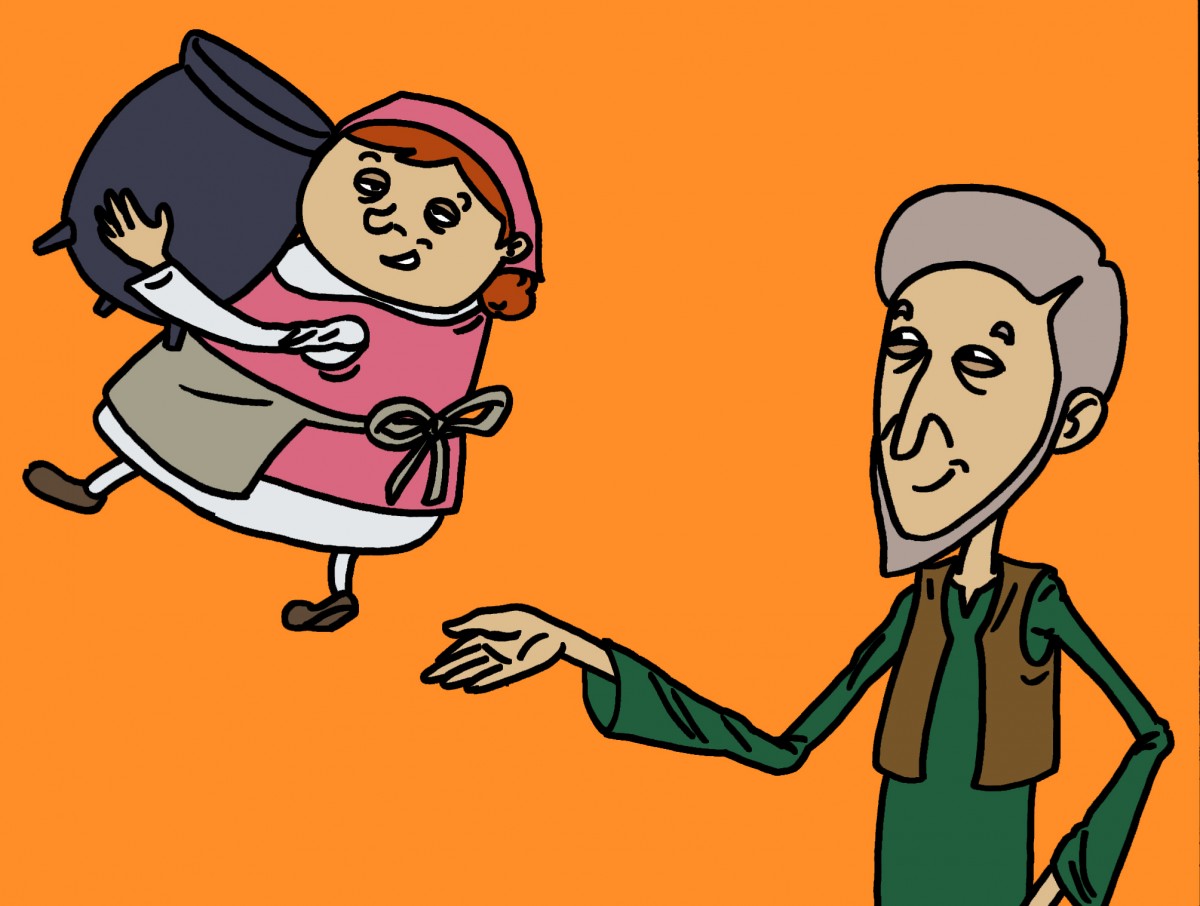 A Big Pot sat in the window of a store.  The Big Pot was made of iron.  It was meant to be used for cooking.

A man saw the Big Pot sitting in the window.  "That Big Pot will make my wife happy," he said to himself.  "I will buy it for her."  He went into the store and bought the Big Pot.  He picked it up and carried it out of the store.  My, the Big Pot was heavy.

"You have three legs," the man said to the Big Pot.  I only have two," the man said.  "You should be carrying me."  Then the man sat down inside the Pot.  He waited and waited, but the Big Pot did not move.  The Big Pot was sitting in the sun and was very hot.  The man said, "I understand.  You are too hot to walk right now."

"I cannot wait all day," said the man.  "I am walking home on my two legs.  You will have to walk by yourself on your three legs when you cool off."  The man told the Big Pot how to get to his home.  Then he walked home by himself.

"The Big Pot was too heavy to carry.  It hurt my back, my arms and my legs," her husband said.  "Then I saw it had three legs.  I only have two.  So, I told it how to get to our home and left it to walk by itself.  It should be here shortly."

The man's wife smiled.  She loved her husband, but he was not always very smart about the things he did.  She thanked her husband for the gift.  She cut him a big slice of warm bread and covered it with fresh butter.  "Sit down and rest," she told him.  She poured him a cold cup of milk.  Then she walked down the road to carry the Big Pot home by herself.

The man was finishing his treat as his wife came home with the heavy Big Pot.  "I am glad that you went to get the Pot," her husband said.  "I was beginning to worry.  It might have run away, and we would have never seen it again."