Why Beans Have a Split Side 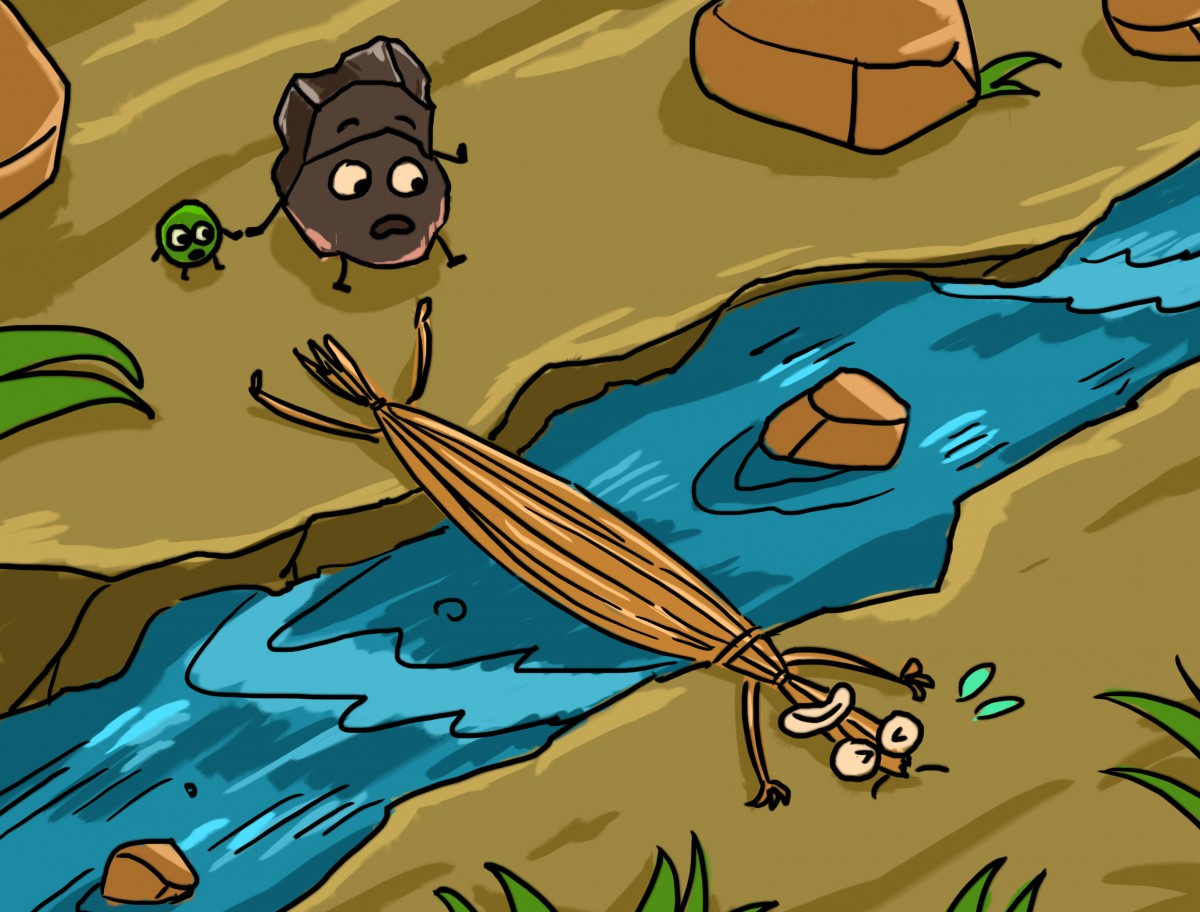 A  long time ago, an old woman had just enough beans left in her cupboard to cook a single meal.  She took the beans and dumped them into an empty pot.  As the beans hit the bottom of the empty pot, a single bean bounced out and landed on the floor a few feet away.  This happened just before the woman added the water to cook the rest of the beans.

The old woman did not notice the bean had escaped when she began to carefully light a cooking fire.  She laid a handful of straw on the low flames to make them burn more quickly.  As she did so, a single piece of the straw was caught by a light breeze and blew just beyond the reach of the flames.  It landed right beside the bean, but still, the old woman did not notice either of them.

As the old woman went back to her other work, a single lump of red-hot coal jumped out of the fire and landed beside the straw and the bean.

"Good friends," said the bean, who just now noticed the other two.  "Where did you both come from?"

"Luckily I was able to escape the fire said the coal.  Otherwise, I would have been burnt to ashes!"

"I was barely able to escape the flames myself," said the straw, still thankful for the gust of wind that blew him to freedom.  "My brothers and I were all laying one minute in the box, not hurting anyone when the next minute, the old woman tried to burn us to death.  I was the only one who escaped.

"It seems that good fortune has helped us all," said the bean.  "For in a few minutes, I would have been soaked with water and boiled until my skin fell off!"

"What should we do?" asked the straw.  "This does not seem to be a safe place for any of us."

The bean replied, "Since we all escaped disaster together, I believe it is meant that we should all stay together and go into the world to seek our fortunes."

This made perfectly good sense to the other two, and they left the house without being seen by the old woman and soon left her far behind them.  They traveled along their path to freedom until the path led to a small stream.  As the stream was shallow and only a short distance across, people and animals had no need for a bridge to cross the stream.  This was not so for the three travelers.  They were unable to cross over the stream.

The bean was relieved to be the only one left alive and began to laugh.  He laughed, and he laughed!  In fact, he laughed so hard and so long that he split his sides wide open.  This would have been the end of the bean and the end of this tale, except, a tailor was passing by and had seen the whole thing.

The tailor took pity on the poor bean and took out a needle and thread that he always carried with him.  The tailor used the needle and thread to sew up the slit where the bean had split his side.  This is how the bean was able to live long afterward to have a family and grow happily into old age.

However, the tailor only had black thread with him at the time the bean split his side.  So, from that day until now and probably for every day to come, every bean, no matter what variety, has a split on its side and a dark seam where it was once sewn back together.

And you also know where the term "Side Splitting Laughter" came from.