The Hare That Ran Away 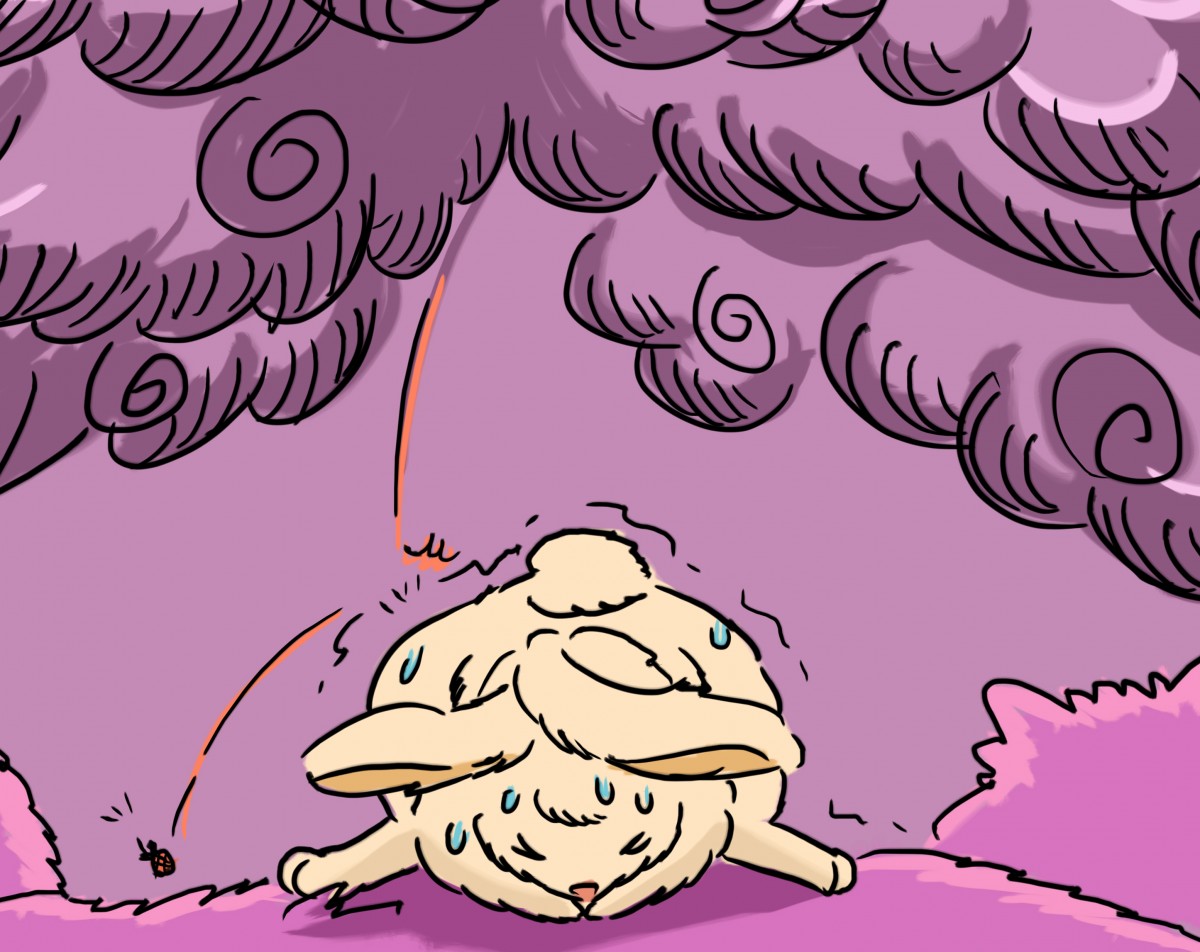 Once upon a time there was a very timid and nervous hare.  She was always afraid something bad would happen to her.  She often asked, "What if the sky fell down?  What would happen to me?"   She said this so often that she started to believe that it might really happen.

One day as Miss Hare nibbled on some grass, a large piece of fruit fell from a branch of a tree.  It landed on the ground.  The little hare was already nervous and looked up at the sky.  "Oh no," she said when she heard the sound.  "The sky is falling!"

She ran away as fast as she could go and ran into old brother hare.  "Where are you running to?" he asked Miss Hare.

The smaller hare said, "I can't stop and talk.  The sky is falling, and I am running away."

"The sky is falling?" he repeated as he watched her run away.  Then he laughed to himself bout how silly she was.

"What did you say?" a younger hare asked Old Brother Hare.

"I said, "The sky is falling."  Then he tried to tell the younger rabbit how silly Miss Hare had been.  But, it was too late.  Younger hare had already seen Miss Hare running away scared.  Now he heard Old Brother Hare say the sky was falling.  Off he ran telling every hare he came to.  That was a lot of hares!  The woods were filled with them.  "The sky is falling," he told them all.  One by one, they began running around and all started saying, "The sky is falling!"

Soon, there were thousands of hares, and all of them were running around saying, "The sky is falling."

The crowds of animals all ran past wise old Lion.  "STOP!" he roared.  "Enough noise!  What is going on?" he asked.

The elephant said, "The sky is falling."

"How do you know this?" asked the Lion.

"Well, I heard it from the Tiger," said the Elephant.

"I heard it from the Camel," said Tiger.

Old Brother Hare told them all, "I tried to tell that young hare that Miss Hare was acting silly, and he didn't listen to everything I said and started a rumor.

"Over by the tree," said Miss Hare.

Then the Lion took Miss Hare and put her on his back.  "We will go together," he said, "and nothing will harm you."  Then he walked to the tree and showed the timid Miss Hare how the fruit had fallen and smashed on the ground making the noise that frightened her.

"Repeat after me," the Lion said.  "The sky is NOT falling."

"The sky is NOT falling," Miss Hare repeated.

"Say it again," said the Lion as he walked back to the crowd of animals with Miss Hare still on his back.

"The sky is not falling," Miss Hare said once again.

"What was it that she said?" asked the young hare.

Old Brother Hare answered, "She said the sky is not falling."

One by one the animals picked up the chant, "The sky is not falling.  Let's go home!"

This story can be credited to storyteller Marie Shedlock.  Dr. Lockett's version was adapted from The Hare That Ran Away in the book Eastern Stories and Legends by Marie Shedlock, Copyright 1920.  In Ms. Shedlock's version of the story, and in earlier versions, the hare is worried that the "earth is falling in" rather than that the "shy is falling."  Perhaps shifting plate tectonics and earthquakes in India where the story originated caused the story to be originally be told with the earth falling in.  Dr. Lockett believes the story tells better in the way that it is adapted here.  Visit Dr. Lockett's website at www.mikelockett.com